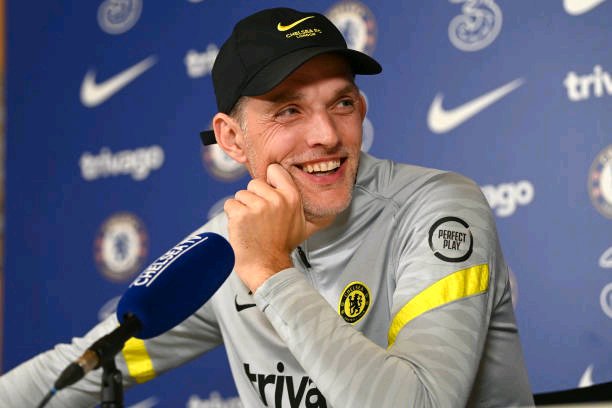 Chelsea travel to Watford on Wednesday night looking to return to winning ways in the Premier League and boost their title hunt. Thomas Tuchel could be forced to make several changes from the 1-1 draw against Manchester United last time out, with fixtures starting to pile up.

Sport analyse the team news and predict how Chelsea will line up against former manager Claudio Ranieri.

After being pipped to the Yachine Trophy by Gianluigi Donnarumma on Monday, Edouard Mendy will start between the sticks again.

Jadon Sancho’s opener in the draw with United was just the third league goal he’s conceded in open play this season.

With fixtures coming thick and fast, Tuchel could be tempted to make a change to his back three.

Since the international break, Thiago Silva has played in every match and will likely be rested ahead of this weekend’s game against West Ham United.

Andreas Christensen could come in for the experienced Brazilian, starting alongside Trevoh Chalobah and Antonio Rudiger.

Reece James is one of a few doubts among Tuchel’s regular starters, and Cesar Azpilicueta could replace him at right-wing-back.

On top of N’Golo Kante and Mateo Kovacic’s confirmed absentees, Jorginho is also a doubt after picking up a knock against United.

Ruben Loftus-Cheek should keep his place in midfield as a result, alongside loanee Saul Niguez or Ross Barkley.

Marcos Alonso is expected to start again, with Ben Chilwell continuing his recovery from an ACL injury.

Chelsea fans will potentially see wholesale changes in attack as Tuchel looks to keep his options fresh during the winter period.

Mason Mount could return to the starting line-up, with Christian Pulisic on the opposite wing.

Timo Werner is also a doubt, so Romelu Lukaku could make his first start since October 20 in his place as the central striker

He Perform Excellently Well, Meet Chelsea Playmaker Who Wins Man Of The Match Against Watford

These Players Chelsea Should Not Start In Their Upcoming Matches