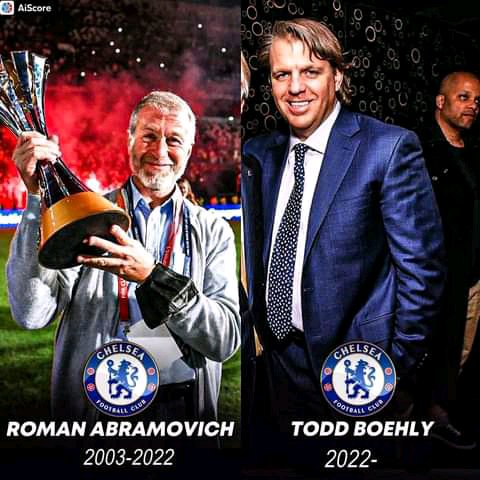 Chelsea are close to kick-starting a new era at the club, after reports claims that the Todd Boehly led consortium has won the race to become the new owner of the club, and signed the deal to takeover the ownership of the club on Friday, in a deal believed to be worth £4.25 billion. The Takeover would put an end to the 19 successful years ownerships of Roman Abramovich, who’s investments in the club since 2003 and made them one of the best club in Europe.

The Chelsea fans would be all but greatfull to the Russian billionaire for how he has run the club’s affairs over the years. The billionaire would be replaced by another billionaire owner in the Todd Boehly consortium. In this article, we will writing on were the Chelsea new owners stands in the Premier League richest owners list. The Todd Boehly consortium which is made up of Todd Boehly, Mark Walter and Hansjorg Wyss are worth a combined £10.86 million, which would make them the sixth richest football club owners in the world, and the third richest in the Premier League, only behind Newcastle United owners and Manchester City Dubai based owners.

In March, The Sun reported that Roman Abramovich was worth £9 billion, which means the new Chelsea owners are richer than the Russian billionaire. Do you think the new Chelsea owners would make Chelsea stronger than before?