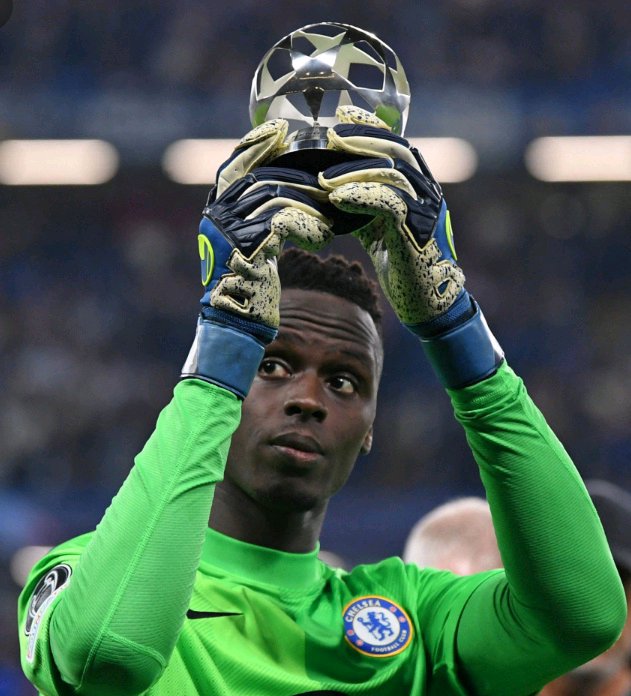 It was an intense game between Chelsea FC and Brentford on Saturday night. Fortunately, the Blues was able to secure the three (3) points of the game despite late pressure from Brentford. Ben Chilwell 43rd minute goal made the difference between the two (2) clubs as Chelsea FC moves back to the top of the English Premier League table with thirteen (13) points. It was as if Brentford was the European champions while Chelsea FC looks like a newly promoted club. Chelsea FC goalkeeper, Edouard Mendy put in an impressive and excellent performance. He pulled six (6) saves to prevent Brentford from winning the game while Chelsea FC defence had forty-one (41) clearances. Edouard Mendy with an amazing fingertip stops to deny Christian Norgaard’s stunning overhead kick which could have resulted in levelling the scoreline in the 93rd minute of the game. His outstanding performance earned him the Man of the Match award. No doubt, he deserves the Best Goalkeeper of the Year award given to him by UEFA. More so, Ruben Loftus-Cheek movement with the ball was fantastic, he manned the midfield together with N’Golo Kante. Malang Sarr who was paired with Andreas Christensen in the centre back played a mature game. His excellent display on the field did not allow the defence to be dormant. It shows if Antonio Rudiger leaves the club, he can stand in at the defence line for the Blues. But in reality, Brentford deserved a win or draw with its performance.