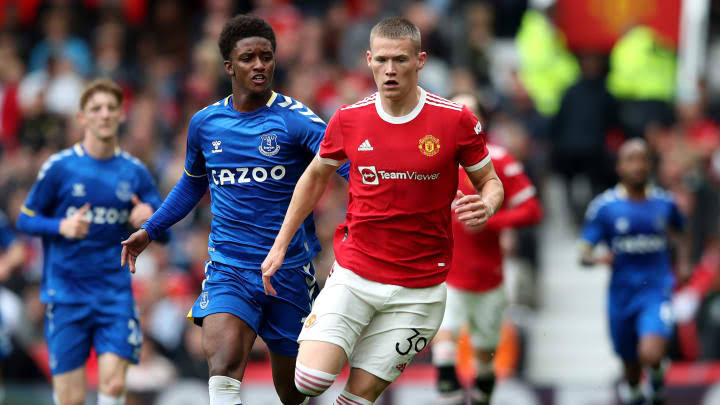 Manchester United vs Everton kick start this weekend premier League game, we will give all you need to know about this big match, the possible lineups, team news and injuries updates.

Still basking in the last minute goal that earned them three points against Villarreal in the Champions League on Wednesday, Manchester United will file out against Everton at the Old Trafford on Saturday.

United will need to maintain the momentum in the early English Premier League Saturday kick off when Everton come visiting.

Though they suffered a 1-0 defeat to Aston Villa in their last EPL game last weekend, Manchester United rose to the occasion to seal a late winner, thanks to Cristiano Ronaldo strike that ensured they beat Villarreal on Wednesday. Looking at the EPL table, United are currently fourth, one point behind leaders Liverpool, while Rafael Benitez’s Everton occupy fifth, level on points (13) with their opponents at Old Trafford this weekend.

All things considered, it has been a positive start to the 2021-22 Premier League season for the Red Devils, with a return of 13 points from six matches leaving them fourth, only one point behind leaders Liverpool, but the 20-time English champions suffered a 1-0 home loss to Aston Villa last weekend.

Everton were well beaten by Man United in a pre-season clash at Old Trafford on August 7, and the four-goal loss in Manchester certainly left a number of the club’s supporters fearing what could happen this term.

Benitez’s appointment as head coach remains incredibly controversial, but the Spaniard has delivered some excellent results this season, with the Toffees boasting an identical record to Man City, Chelsea, Man United and Brighton – winning four, drawing one and losing one of their opening six Premier League outings. Manchester United captain Harry Maguire is suffering a calf problem and will be out until after the international break, while Marcus Rashford and Amad Diallo remain sidelined through Injuries.

Luke Shaw was not paraded against Villarreal because of a slight muscular issue but may return to the starting line up against Everton, while Aaron Wan-Bissaka is available, with his ban only relating to European games. Townsend and Demarai Gray have both impressed for their new club this season, and the absence of Richarlison and Calvert-Lewin for the clash at Old Trafford means that Salomon Rondon should feature at the tip of the attack on Saturday afternoon.

The game will kick off by 12:30 pm and the venue is at the Old Trafford stadium.

Related Topics:Manchester United vs Everton
Up Next