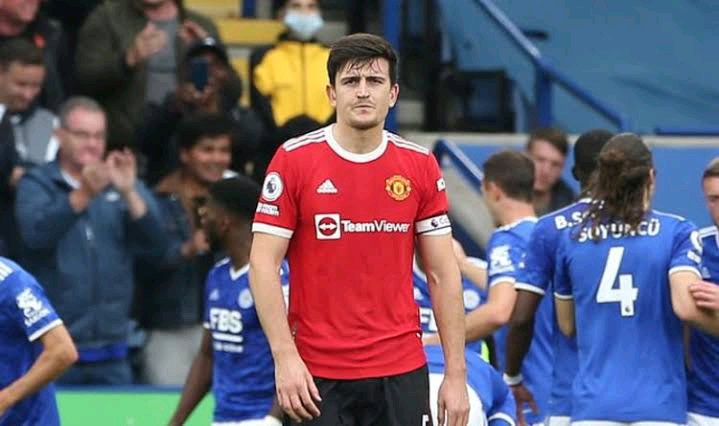 Manchester United’s crumbling defeat at the hands of Leicester City on Saturday was another show of their defensive frailties under boss Ole Gunnar Solskjaer. The Red Devils conceded three late goals to compound a 4-2 defeat at the King Power stadium.

United have now failed to keep a clean sheet in their last 8 games across all competitions. In fact, Solskjaer’s side have kept just one clean sheet all season (their narrow 1-0 victory against Wolves). Manchester United’s defensive performance is a total contrast to the solid defensive output of their staunch rivals Chelsea. After United lost, Chelsea went on to keep another clean sheet in their narrow victory over Brentford later in the day. Thomas Tuchel had to play the game without the injured Antonio Rudiger and Thiago Silva who was quarantined after returning from South America. The German manager was forced to start a second string back-three and he decided to give a Premier League debut to Malang Sarr, alongside Andreas Christensen and the young Trevoh Chalobah.

<img
It worked to perfection as they successfully resisted the relentless attacks of the home side for their 5th EPL clean sheet of the season.

Manchester United’s poor defensive stats are very disappointing and should come as a worry to Ole Gunnar Solskjaer considering the amount of money the Red Devils have invested to assemble their defence line. Meanwhile, the three center backs Chelsea deployed yesterday cost the club absolutely nothing – as in zero million pounds. Andreas Christensen and Trevoh Chalobah both graduated from Chelsea’s academy, while Malang Sarr came in as a free agent last season. The contrast in these figures is even more laughable when you consider the comments of one of Manchester United’s former players about Chelsea defenders. Legendary English midfielder Paul Scholes publicly opined that Chelsea have the least best defence among the top six clubs including Manchester United. Saturday’s result have proven that Scholes submissions were wrong and that the Blues are one of the best sides defensively. Thomas Tuchel has drilled his team so well at the back that keeping clean sheets has become a standard in every match. Even with United’s excessive spending on defensive recruits, Chelsea still have a superior back line that cost less.