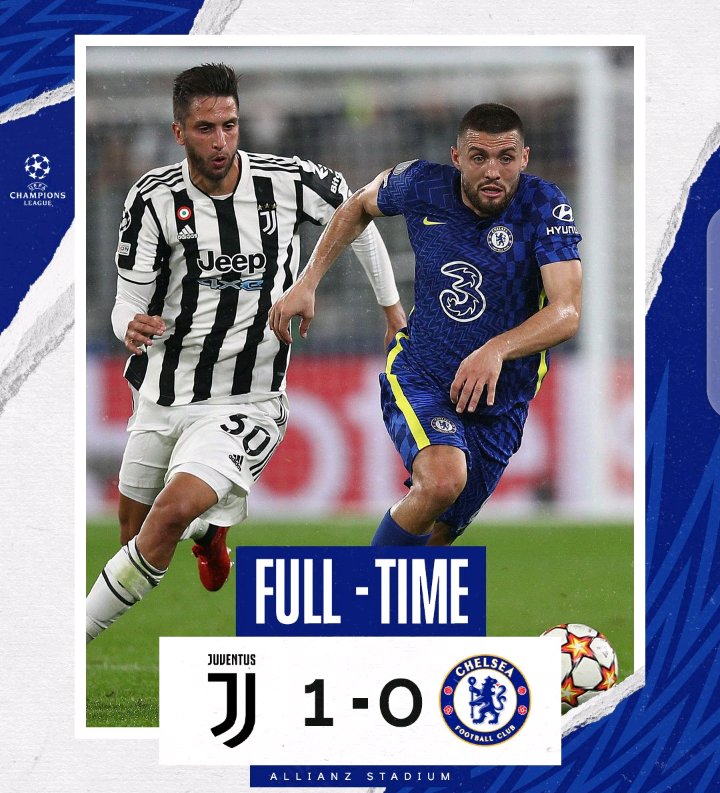 Chelsea Fc suffered yet another frustrating defeat against Juventus in the Uefa champions league group stage game at Turin. The reigning European champions couldn’t find a way past a very resolute Juventus defense, and were dealt a huge blow when Federico Chiesa scored the only goal of the game early into the second half. The defeat means Chelsea will now drop to third place in the group, and now have a lot in their hands, if they are to prevent what happened in 2012 from reoccurring this season.

Against Juventus, Chelsea only had one shot on target, to add to their zero shots on target against Man City over the weekend. The blues now find it hard to break down teams, as they have gone two games without scoring a goal in all competitions. While the pressure now mounts on Tuchel after the defeat to Juve, the loss only but shows Chelsea’s major problem.

What exactly is the problem? As it stands Chelsea currently lacks creativity both in attack and in midfield, and that has resulted in the blues registering only one shot on target in two games. Forward players such as Hakim Ziyech, Kai Havertz, Kovacic and even Jorginho have all failed in creating chances for striker Romelu Lukaku to score. Even when little chances are presented, the Chelsea players have been somewhat wasteful in front of goal so far.

Tuchel will definitely need to revisit the drawing board, as teams are now beginning to find a way to neutralize this current Chelsea team, especially by stopping their free flowing attacking football. Who should be responsible for Chelsea’s current issues?