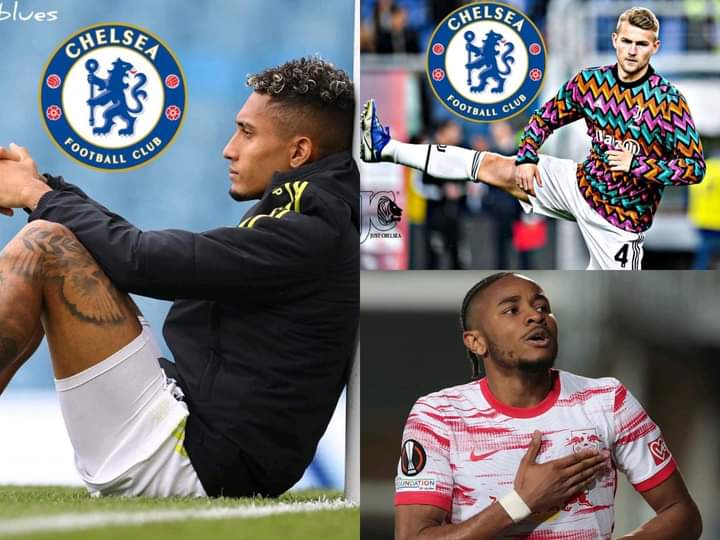 Chelsea football club transfer business will certainly yield positive results after the board was resolved earlier this week with Todd Boehly now firmly in charge as the club Chairman and acting football director.

Already he has promised to back Thomas Tuchel in the rebuilding the Chelsea squad to challenge the likes of Manchester city and Liverpool both in England and Europe.

The club have stepped up interest in signing juventus centre back Matthijs de ligt was could replace the departed Antonio Rudiger in defence, the juventus man is high on Chelsea transfer wishlist according to sky sports italia. Chelsea also is at Leeds united winger Raphinha who is desperately looking for a way out of the club, the daily mail reports that the winger will prefer Chelsea than Arsenal due to the former ability to win trophies and provides UEFA champions league football too. Meanwhile Christopher Nkunku have signed a two years contract extension with Leipzig to end any interest in his services from the likes of Chelsea and Manchester united. Christopher Nkunku extends his contract with Leipzig via Instagram photos