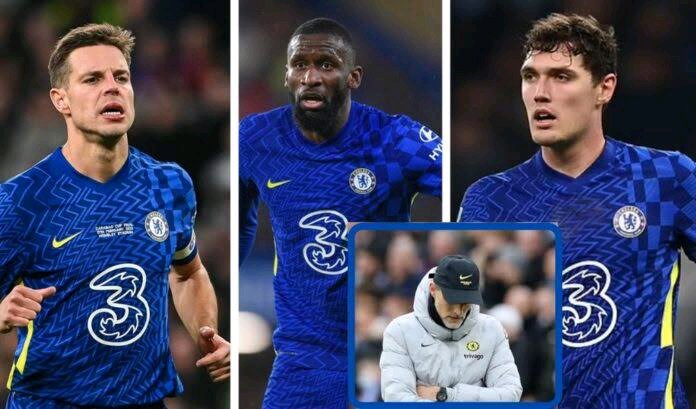 Chelsea are looking forward to making important signings this summer to boost Tuchel’s squad ahead of next season. Rudiger and Christensen have all left the club on free transfer this June after expiry of their contract. Meanwhile the blues have been linked with Kounde from Sevilla as well as Manchester City ace Raheem Sterling and Ousmane Dembele from Barcelona on a free transfer. The Frenchman in this summer had failed to agree on new deal with Catalans. And his subject to free exit to Nuo Camp if no contract talks end up positively to keep him at the club. However according to the Express the Chelsea side may need to sanction the four player departure this summer in order to sign Laliga and Frenchman Ousmane Dembele and Raheem Sterling. There Premier League rivals may demand a whopping £50m for the England International, Raheem Sterling. Ousmane Dembele though may arrive on a free transfer he is possibly going to demand huge salary and signing on fee. In the report by Express the blues may need Hudson-Odoi to exit as well as Hakim Ziyech, Kenedy and Armando Broja. Who was on-loan to Southampton last season and impressed. Hudson is linked with Bayern Munich and Ziyech has filed to impress under Tuchel last season.