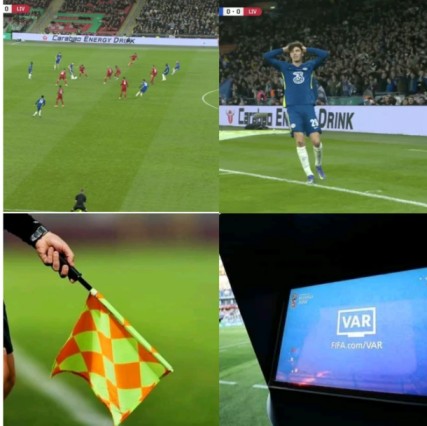 The Carabao cup final has been an interesting one so far as both teams are indeed playing to their best performances to ensure that they win. The scoreline remains at 0-0 as at full 90 minutes of the match. However, there was a poor decision made against Chelsea in today’s match. Chelsea’s Chalobah was fouled by Naby Keita in the first half, that left him lying on the pitch. However, the Referee failed to give him a yellow card even after reviewing the tackle in the Referee Review Area. In the 77th minutes of the second half, Chelsea recorded a goal as Kai Havertz had the ball in the back of the net. But the Referee overruled the goal on the basis that Timo Werner was offside in the build up. This decision made by the Referee to overrule Chelsea’s goal was indeed the worst decision made against Chelsea, as Timo Werner had no contribution in the goal.