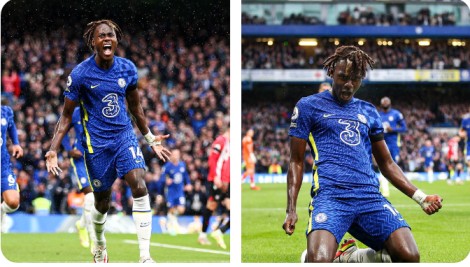 Chelsea are ahead against Southampton thanks to the brilliant goal from English International Trevoh Chalobah. Trevoh Chalobah has scored his second goal this season. He netted a wonderful goal in his debut.

Chelsea have suffered back-to-back defeats under Thomas Tuchel for just the second time since the German took over in January having been beaten by Man City in the league a week ago and Juventus in the Champions League in midweek.

Chelsea ahead and it’s a simple goal as a Chilwell corner is flicked on by Loftus-Cheek and Chalobah is there at the back post to nod home from close range.

“Never bench him again”, Chelsea fans warn Tuchel over their star player after a wonderful performance against Southampton